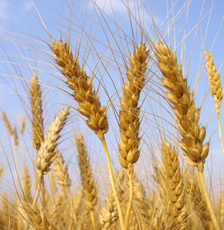 Taking a look at some lesser known IPA sub-styles

When you think of IPAs these days, where does your mind normally go? Is it hazies and the (these days) ever-present NEIPA, or the revival of “proper” West Coast IPAs? Perhaps you’re reminded of that one good Brut IPA you ever had or of a delicious Red IPA, a great substyle that is always just waiting in the wings. Rarely though, I’d suggest, does one immediately think of a White or a Belgian IPA, unless perhaps you’re Cary MacDonald. Not to be confused with each other, although both having Belgian influences, White IPA and Belgian IPA are two separate sub-styles within Specialty IPA (BJCP: 21B).

White IPA can in some ways be thought of as a melding of Belgian Witbier with American IPA. The beer is characterised by a healthy amount of wheat malt in the grist and some of the aromatics and flavours you’d associate with a Belgian Wit, while maintaining the hop levels of an IPA. Traditionally the pepper, clove and citrus of a Wit are the result of added spice or fruit peel and the yeast used. However for White IPAs, homebrewers have an additional option. You could still get these flavours from a yeast, or adding spices and peel, but you could also add a spicy or fruity punch with the right hop selection, or use a combination of these techniques. The wheat is a key component of this beer too so should be allowed to peak through all those other flavours.

It’s generally accepted that the White IPA style was born from a collaboration between Deschutes Brewery in Oregon and Boulevard Brewing in Belgium, combining their respective specialties – hoppy beers and wheat beers respectively – into a single brew. Deschutes Chainbreaker has since become perhaps the benchmark of the style in the US, and spawning many other examples. On the other hand, White IPAs are not at all common among Australian craft breweries. However, Deeds Brewing (Victoria) has made one in recent years and Black Hops releases its Flash Bang IPA annually. I haven’t tried the Deeds beer myself, but Black Hops Flash Bang is one my favourites of their range. Admittedly it’s fairly light on the Witbier style aromatics but is a delicious, refreshing, hoppy beer, so ticks the boxes for me.

Belgian IPAs, in contrast, feel like they have more in common with old fashioned IPAs – East Coast American IPAs and their parent English IPAs. The obvious exception being some Belgian yeast character. These beers let malt take a more prominent position and give brewers a bit more leeway with some specialty malts. The guidelines are pretty broad in some areas, with colour being anything from light golden to amber, and hop aroma running the gamut of possibilities – but ultimately it’s still an IPA albeit with “fruitiness and spiciness derived from the use of Belgian yeast”.

The Belgian IPA can trace its origins further back than the White, to 1981 when Brouwerij Van Eecke made a beer using four different from hops growing nearby in the area around Poperinge with an IBU of about 40 . Sierra Nevada Hoptimum it was not, but here we did have a pale, strongish, bitter, hoppy ale made with a Belgian yeast. Later Belgian brewers continued this approach and made beers that were more straightforwardly inspired by hops and IPAs. Brewers in the US then returned the favour seeing the promise in this combination. I’ve only tried one local attempt at a Belgian IPA but I can’t say it was successful. The BJCP now describes the style as something like an American IPA or Imperial IPA crossed with Belgian Golden Strong or Tripel – sounds delicious to me, when it works!

For both styles managing to pick the right hops to combine harmoniously with the malts and yeasts in play in the big trick. My personal take is that the White IPA will be more forgiving to bolder, bright citrusy flavours, whereas the Belgian IPA could be a time to play safer with Old World varieties unless you can confidently get that hop/yeast combo right and even then I’d go stone fruit tipping into softer citrus favours. Having said that Duvel have released a version of their Golden Ale for some years now which adds a third hop and have embraced fruity and citrusy New World hops with some success. In addition, many of the Belgian IPAs made by US breweries use local hops displaying citrus and tropical fruit character. So it is just about getting the right combination, particularly for your yeast choice – an Abbey yeast may require a more subtle or conventional hop choice than, say, an Ardennes.