The weather was ominous but the mood was positive as Donna, Anna and I started setting up for Womens Brew Day (#WBD2017). Ben, legendary distiller and owner of Humpybong assisted in erecting a marquee to keep us dry, and keep our brews safe from diluting.

Ladies started arriving a little after 10am to join in the excitement of brew day. We would be brewing to beers, one “Lil’ Creeper” Australian Ale and one Strong Ale with grains generously donated by Craftbrewer. After getting the water up to temperature, we had our spectators assist us with emptying the crushed grains and stirring them into Donna’s Grainfather and my BIAB urn set up. Then it was time for some Newstead tinnies while we waited for the sugars to mash out. Donna had to run to work to save the lives of individuals in the Logan hospital. Sarah, the “Uncooth” brewer, had to step up to have a crack at looking after the Grainfather – a piece of equipment she hadn’t used before, but after a bit of YouTubing was a total pro at using! 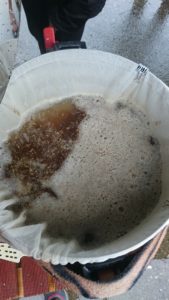 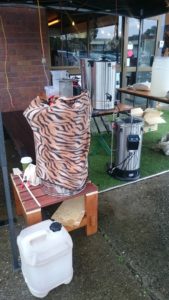 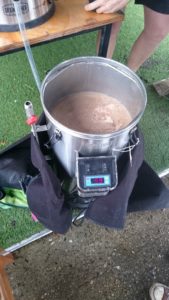 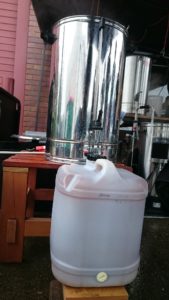 Our budding brewer enthusiasts once again assisted with grain being removed, wort boiling and hop additions, in between mouthfuls of Humpybong pizza and excellent craft beers.

By the time the brews were cubed and vessels hosed out, we had all wet shoes, made some new mates, devised grand plans to conquer the stigma of female home-brewers and charged off into the ever drizzly afternoon to Aether to kick on into the night! A big thanks to Craftbrewer for providing the grain, and to Humpybong Distilling Company for hosting Women’s Brew Day 2017.