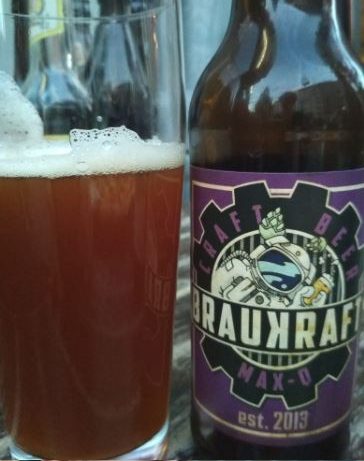 This winter we thought we’d duck the cold and head over to Europe for 7 weeks, my cousin was getting married in England in the 7th week, so we thought we’d make the most of the airfare and time zone difference, by spending the first 5 weeks in Europe, before heading on to the motherland. Other than getting a couple of automotive events in, we spent a vast amount of time getting down with the beer culture of Germany, Prague, Austria, Barcelona, Dublin and Scotland. However, to ensure minimal narcolepsy inductions, for this article I’ll just mention my time in Germany

The monthly meeting before the holiday I’d borrowed some library books from the awesome BABBS selection with Grahams help, which identified a few hot spots to hit. Specifically I utilised Vol.24, No.3 of Brew magazine and the 2nd edition of The World Atlas of Beer, both of which had articles on specific areas to check out.

I had been to Düssledorf before, but it was great getting back to the dark, malty Altbiers from the great many house-breweries. My favourite thing about the Düssledorf (other than the beers) is the way they count your drinks, to keep a tally of what you owe at the end – the total bill is calculated by the number of pencil marks the köbe makes on the coaster, which he does each time he brings you a new glass. The glasses are about 200-250mL, to ensure the beer is consumed fast and fresh, so it’s not as difficult as you may think to “fill” a coaster!

The following day we caught a train 30minutes South to Cologne (or Köln), to (casually smash around the Nurburgring at 160mph and) try some lighter beers to best appreciate the summer sun. Much like Düssledorf, there were many restaurant-pubs which brew on site or at a brewery nearby. The kolsch seems to be poured mostly by gravity, instead of CO2, which was pretty cool.

By far the most popular, it seemed, was Gaffel, which tasted mostly like VB. Not really what our hipster taste buds were attuned to, and so we pressed on to find the kolsch we liked best. Sünner and Reissorf were both improvements on Gaffel, but Päffgen was great, and sported a wonderful beer garden. Here, we indulged in some mettbrötchen on rye… which is essentially raw mince and onion on bread. Pretty much a raw, deconstructed hamburger… Tres hipster.

While in Cologne, we had been recommended to check out Craftbeer Corner, which did not disappoint! With a huge selection (15 taps, 100 bottles) of European craft beer, we got a couple of paddles and headed upstairs to the balcony. Check these out… We caught a train 4 hours up north to hit up Hamburg; home of the Pilsner. We only had a day, but managed to smash a hamburger and throw down a couple of Jevers and an Astra Urtyp. This city is ok if you like watching people throw up in bins. The following day we trained East to Berlin, where we stayed for 3 days. What a city! So much to do, see and drink! We arrived in the afternoon, muled our packs to our Airbnb then returned back out to embark on a beer tasting tour. The first stop was the Weihenstephaner Brewery, which proudly claims to be the oldest brewery in the world. Certainly some solid beers were produced here, especially given Germany’s strict brewing rules, which specify only water, hops, malt and yeast are to be used (This has since been abolished). While here we tried a Helles, Dunkel and a Vitrus, and were required to score them on appearance, aroma and taste. We then moved onto Brauhaus Lemke which was a craft brewery, which used beautiful copper equipment to brew a mean wheat beer… Our final stop was a funky little dive bar called Kaschk, where we had a hectic tropical pale ale (like being punched in the face by a pineapple teabag), a meh IPA, and an awesome Neapolitan Milk Stout from Saugatuck Brewing, which was like a sweet strawberry milkshake. The tour concluded and we kicked on to Brauhaus Georgbraeu to have a dunkel. The following day we headed to The Wall, then on to Strandbar to meet some friends for a beer. We decided to purchase some kiosk beers (€1 instead of 5) then relocated to a park to enjoy our Hefs, Pils and Radlers, before wandering off to a 5-star rated (a la Google) bottleshop, Beereau. The service and selection was spectacular (It even included some Yeastie Boys!). We enjoyed some Munich dunkels (Ammerndorfer Landbier and Tilmans Die Dunkle), and a cheeky DIPA (Max Q by Braukraft).

Our final day was pretty chill. We stumbled upon a classic car day and stopped for Pilsner (Konig, Padeberger, and Staropramen) breaks when our feet got tired and our brows moist.

An awesome country, with a relaxed culture, where you are able to enjoy a beer (almost) anywhere. Cannot wait to go back!